Depression In The Black Community

We believe that the written word can spark and seek to increase awareness of various developmental disabilities and mental health disorders through children’s books. We also believe that reading books can be a form of “therapy” and help people cope with emotional problems, mental illness, or changes in their lives.

Kira is a licensed family therapist who is the author of several children’s books; Trey the Chef, Suzy the Dressmaker, If Corona was a person, Our Masked Heroes, among many others. Her purpose of creating this company was to create...

Come meet us in person at our next live event. Check the calendar...

Learn more about our fundraising efforts and how they benefit the community.

Are You Clinically Depressed?

I’m sure you heard the latest news story about Regina King’s son dying by suicide. It was plastered all over the news for two weeks and I’m sure that this was not just because Regina King is a huge celebrity but also because of the surprise that her son committed such an act. Now, nobody in the media knew her son (he was not a celebrity as well) but for those whose tv and movie screens have been blessed with Regina’s presence, it feels like we know her. She is likable with an amazing presence and ability to make you feel the emotion she is evoking on screen. So, we were hurt when learning that Regina King had lost her son and her only child. It was devastating news to us all.

This brought to light a very important topic. Mental health in the black community is sometimes overlooked. Now, I am not placing blame on Regina King for not seeing the signs that her son might be in trouble, but I am saying that the black community has oftentimes downplayed mental health issues and trauma in our lives. We tend to lean on the church, natural supports, and on ourselves to overcome our mental health issues rather than seeking professional help. Thankfully in the recent years, there has been a big push in the black community for those to seek out therapy. However, the push may have come too little too late for some who may have needed therapy when they were younger to deal with the trauma they experienced as a child but never got it because their parents didn’t believe in therapy.

I know in the case of Regina King’s son it was reported that his last tweet was about the negative impact of social media and him needing to get off of it. Social media can be great for connecting with others, for free promotion of your business or brand, and finding new interests but can also be detrimental to those who may be caught in the trap of comparison. You have to be mentally strong to tackle the beast of social media without it devouring you. I feel that he must have suffered a different kind of pain being the son of a celebrity. There is additional pressure to perform and be successful that he might have brought on himself. He probably broke at the brunt of that pressure and became so depressed that he felt he needed to take his own life. This of course is a theory as we will never know what his last straw was (and probably neither will his mom). 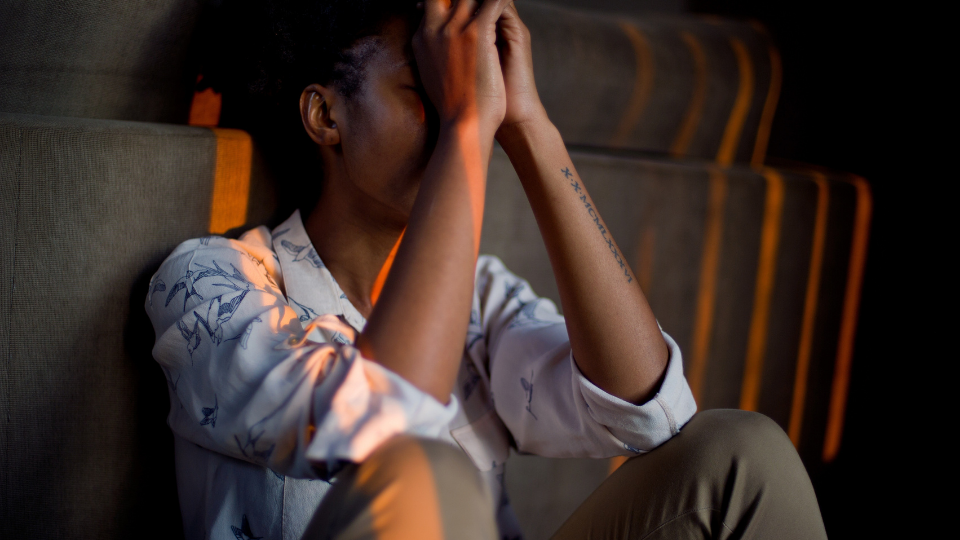 This story, although extremely sad, made me want to explore the topic of depression more. Depression is different than grief, sadness, or disappointment. It comes in waves or it can linger for a long period of time. It can feel light or heavy. It is different for each person who experiences it. But one thing that remains the same is that if left untreated, it can be scary. It can lead to doing things that before you couldn’t even imagine doing. I have seen depression in all forms as clinician and layman. So, I wanted to be able to offer you all a mini lesson in depression so that if you think you are clinically depressed, you can seek professional help to treat it.

Here are some general symptoms of depression that are often seen in people in varying degrees:

I have never experienced clinical depression, but I must say I love some that have. I have a close friend who has tried to die by suicide multiple times and on more than one occasion, I have stopped her from doing this. However, I would like to put out the disclaimer that it is no one’s fault when a loved one commits suicide. If someone is convinced that this is their only choice, there is nothing you or anyone can do to stop them. A LOT of times there are no signs. If someone really plans to die by suicide, they have been very strategic in making sure that no one discovers their plan. It is also not your responsibility to save someone from committing this act. As a mental health professional, I am aware of my limits in protecting people from making this choice. I understand that despite what I do, I may only be delaying the inevitable. That although this time, I stopped the person from killing themselves by sending the police to their house for a welfare check or having them go to the hospital, that when they get home, they may move forward with doing it anyway. There is nothing that I, the hospital, or their loved ones can do to stop them. Therefore, we as loved ones of those who died by suicide have to accept the fact that there is nothing we could have done to save this person. This person simply lost the will to live and didn’t want to fight any longer to get it back. They are not thinking about those who they are leaving behind in the wake of their decision. I often think about if suicide is a selfish decision or simply a decision one makes when they feel they have no other choice. I don’t know if there is any right answer to this question and I hope to never experience the pain of having to find out by having a loved one take their life.

If you read my blogs on a regular, I invite you to take this brief survey to give some perspective on any improvements that could be made or what you would like to see me to write about next. I’m always open to new topics but my wheelhouse is mental health and autism, so I always go back to covering these first. Please also feel free to drop any comments below about the topic discussed.