We believe that the written word can spark and seek to increase awareness of various developmental disabilities and mental health disorders through children’s books. We also believe that reading books can be a form of “therapy” and help people cope with emotional problems, mental illness, or changes in their lives.

Kira is a licensed family therapist who is the author of several children’s books; Trey the Chef, Suzy the Dressmaker, If Corona was a person, Our Masked Heroes, among many others. Her purpose of creating this company was to create...

Come meet us in person at our next live event. Check the calendar...

Learn more about our fundraising efforts and how they benefit the community.

Today, I was moved to give you a review on the popular Goli ashwagandha gummies. No, this is not a sponsored ad! I am doing this because I wanted to share the noticeable improvement in my autistic son’s hyperactivity since taking this vitamin for 30 days.

Now, listen I am that mom who has tried everything on my son since he was 5 to help with his attentiveness and hyperactivity at school. I have tried nonmedication alternatives at first such as probiotics, calming liquids and chewables, hemp oil, salt lamps, lavender pills, and essential oils. EVERYTHING! Nothing worked, nothing! I eventually had to go with my last resort which was prescription medication. I had my bad experiences with prescription medication until we finally found one that didn’t make him aggressive and sorta worked. However, I have noticed since he has gotten bigger and older, it works less and less so I was considering a stronger dosage or a different medication. When I spoke about this with his doctor, she offered things such as Prozac which I am hesitant for when it comes to younger children. So, on a whim, I said let me try these Goli gummies since I see so many pushing this on social media especially Tabitha Brown. If you don’t know her, you are living under a rock. She is a social media influencer who is all about health and wellness and her likability and healthy lifestyle has made her super popular. She makes you feel like you know her, like she is a good girlfriend of yours. She is one of the few social media personalities I trust so when I saw her pushing Goli it made me take a second look.

Well, I’m glad I did. Shortly after I began giving Trey the Goli ashwagandha gummies, I noticed that an hour later, he would seem calmer and less jumpy. In fact, he was chill. And not in a heavily medicated way but in a normal way. I had no idea what the ingredient ashwagandha was until I saw a post from a doctor friend of mine talking about the benefits of ashwagandha. It is an herb that has calming properties, lowering blood pressure, reducing swelling, boosting the immune system, among other benefits. It aids the body to resist physical and mental stress. Ashwagandha supplements help improve brain function, memory, reaction time, and the ability to perform tasks. I mean if this isn’t a magic herb or what?! Where has this been all my life. I could have used it for myself when I was younger. 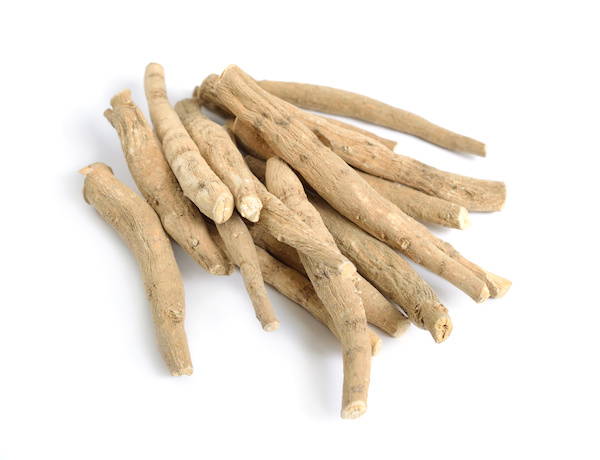 If you are thinking about using it on yourself or a loved one, I would suggest consulting with a doctor first if you or they have preexisting conditions or other health issues. Since Trey doesn’t, I was fine with using this on him without talking to his doctor first. So far, so good. He hates gummies but is able to tolerate the texture enough to chew and swallow. If your child is funny with texture, I would not suggest gummies for them. No point in engaging in a fight with your child to have them just throw it up or spit it out. So, if gummies are not an option, you can try some of the nonmedication alternatives I mentioned earlier. Everyone is different and when one thing may not work for you, it may be a Godsend for someone else.

Just so you know, I am still using medication with my son. I use the gummies along with medication or sometimes alone. Do I notice a difference even without the gummies? Yes. Do I notice even more of a difference with gummies and medication together? It’s hard to tell because I am not with him at school which is when the medication and gummies would kick in. He does get a lot of positive reports on his behavior this year moreso than last year. His class last year was different so it could be other factors playing into it. So, who knows? All I know is I am embracing these new changes and will continue this regimen until it doesn’t work. I really would like to get Trey off medication as he has expressed, he doesn’t like taking it. I respect his choice in this, so if he continues to feel this way when he gets a little older, we will consider stopping the medication. For right now, I need him to focus on school so he can continue to excel and learn. He is only 10 so he has a long way to go and a lot of catching up to do with his neurotypical peers.

I would love to hear your thoughts on nonmedication alternatives for children with autism or other developmental disabilities. Maybe there are some things I haven’t tried that I can consider. By you giving your feedback, you allow others to have access to information they might not have had if you hadn’t. So, don’t be afraid to share!